Delicate forest floor plants such as wood sorrel or violet, and the balance among the tree species that tower above them, are all threatened by decades of accumulated nitrogen pollution. A study has found that the darkness of the forest has subdued the effects of nitrogen. But forests are destined to let in more light in the future as trees succumb to drought and disease.

Forests cover 40% of the European Union’s land area and are expanding in some countries, mostly because of active restoration or the abandonment of agricultural land. Forests provide services such as controlling erosion and cycling water but they are also increasingly threatened by droughts and diseases such as ash dieback.

To understand how they are responding to these challenges it is vital to study the forest floor, says Professor Kris Verheyen, an ecologist at Ghent University in Belgium.

‘This herb layer is very often forgotten. Some people call it the step-over layer – you step over it to look at the trees,’ he said.

Yet, in temperate forests, the life underfoot includes 80% of a forest’s biodiversity. The herb layer cycles key nutrients such as phosphorous, potassium and nitrogen, helps decompose tree litter and filters the next generation of trees – since seedlings need to pass through it to embark on their journey to the canopy, says Prof. Verheyen.

In trying to understand more about the forest floor, he led a team that retrieved records, going back in some cases as far as 50 years, of 4,000 forest plots across Europe. For those whose locations were easily identified, the researchers visited to make updated measurements.

The team also carted forest soils from around the continent to their research station where they incorporated them into outdoor experimental environments, called mesocosms, in which they varied the plants’ access to nitrogen, temperature and light.

‘The basic question we wanted to answer was how do multiple global change drivers determine the trajectories of change over time,’ says Prof. Verheyen, who led the project, known as PASTFORWARD.

Overall, the team found that the key controlling factor in forest life was light, which acts as a bottleneck preventing other changes from exerting an effect.

‘This herb layer is very often forgotten. Some people call it the step-over layer – you step over it to look at the trees.’

One powerful example of this was the way it has held back the effects of nitrogen pollution.

Nitrogen deposition is a chronic problem caused by ammonia emissions from agricultural fertiliser and the creation of nitrogen oxides as a by-product of burning fossil fuels. It draws certain nutrients out of soils, acidifies land, and causes algae to grow in waterways.

The researchers found plenty of nitrogen deposition in forests and documented its consequences for species. But ‘the effects are not as strong as we expected because … the nitrogen is available but the plants (on the forest floor) can’t really benefit because they are limited by the amount of light that is available,’ said Prof. Verheyen.

Some plants – types that tend to be widespread and can survive in a variety of environments including non-native species – have the machinery to take advantage of an excess of nitrogen and grow more; others – which tend to be specialists with small ranges – do not. In shaded forests they are on an equal footing. But as soon as the canopy opens up and light pours in, those that can exploit the nitrogen pollution have an advantage.

As a result, European forests are already losing their more specialist species and thus experiencing a drop in biodiversity. Prof. Verheyen is concerned that forest canopies are in danger of opening up as trees die from drought and disease which may open the floodgates to nitrogen.

‘That will lead to rapid and very large changes in the herb layer,’ he said.

Drought – itself a result of climate change – has had a ‘massive’ effect killing trees in spruce forests in Germany, Belgium and France in recent years although broadleaf forests have been more resistant for now.

This does not mean that broadleaf forests are free from canopy-opening – one example is ash dieback disease. ‘We do have evidence that because of the dying off of the ash you get a lot of light and then the understorey really explodes because light is no longer a limiting resource,’ said Prof. Verheyen.

‘These large and probably abrupt changes that may happen in the herb layer will affect the tree regeneration and will certainly determine which species will be able to pass the herb layer filter and which not. It will have its consequences for nutrient cycling because this herb layer really impacts rate of decomposition.’ 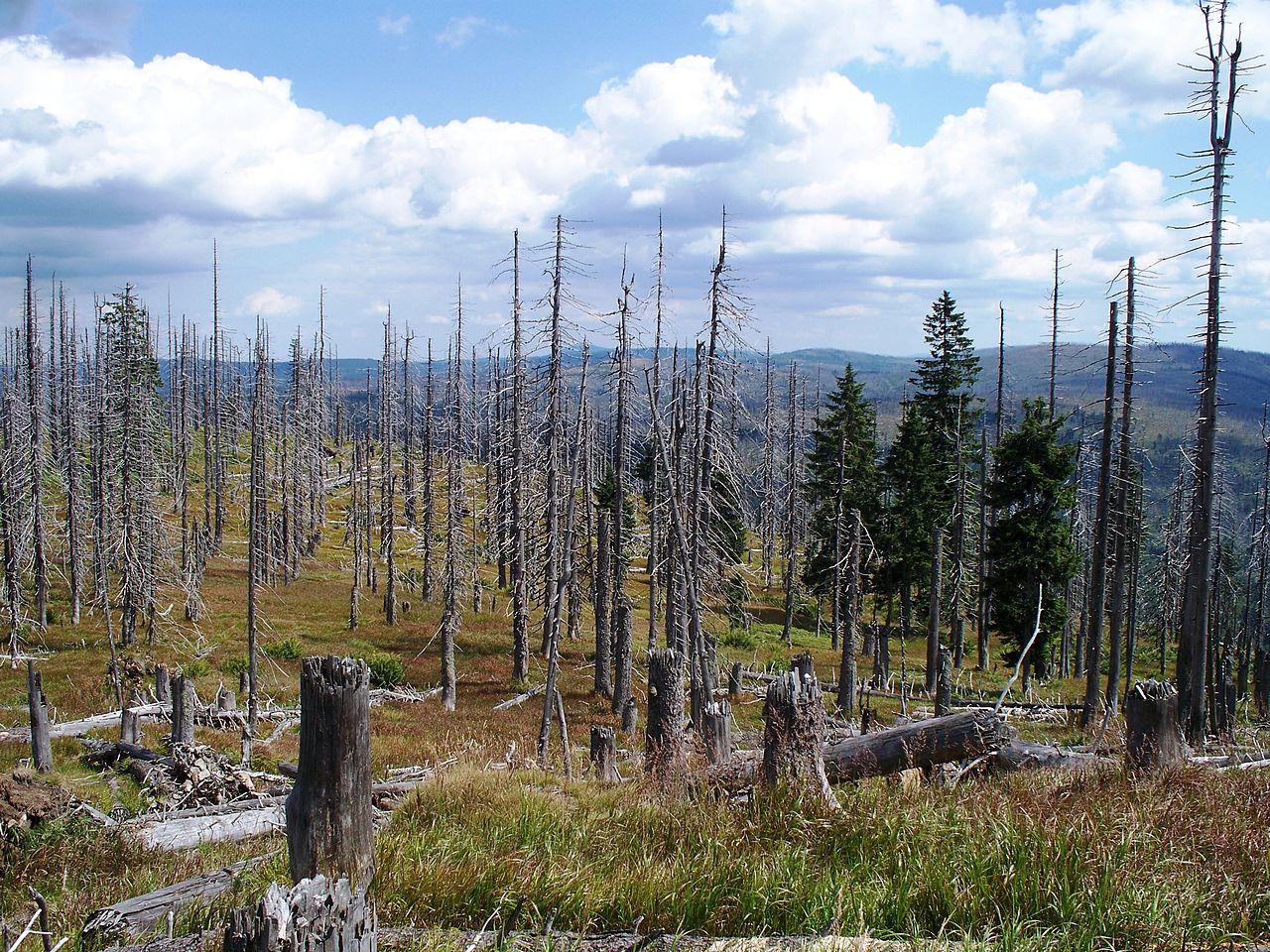 The researchers also discovered that forests have so far done a remarkable job of buffering plants against the broader climate change going on outside them.

Temperature measurements revealed that forests often have significantly different temperatures from what weather stations – always placed far from trees – record. In summer, for example, they are on average 4°C cooler. This is not only because thick canopies keep out the light, but also because evapotranspiration of water through the leaves and into the atmosphere sucks heat out of the forest, and the vegetation keeps out breezes that would mix warm air into the cool.

Climate models don’t take into account this buffering, despite the fact that two thirds of the world’s species live in forests and forest processes such as carbon and nutrient cycling depend on temperature, says Professor Pieter de Frenne, a bioscientist also at Ghent University, who is leading the parallel FORMICA project investigating forest microclimates.

This, in turn, explains why, in intact forest, there has been less ‘reshuffling’ of forest species than was predicted as Europe warms, he says – forest-buffering has allowed many species to cling on.

But the effect can’t last forever and if the canopy is opened up these species will have a rude awakening as their world warms up to the temperature outside the forest.

‘Buffering is buying us time so species get a chance to adapt to the new climate,’ he said.

The work has practical implications for the way forests are managed and the PASTFORWARD and FORMICA teams are now hoping to develop a tool to help forest managers work out how much of the canopy they can remove – for example for harvesting or as part of the cycle of tree-thinning known as coppicing – without triggering this explosive growth.

The research in this article was funded by the EU. If you liked this article, please consider sharing it on social media.

This post Forest darkness helps stave off effects of nitrogen pollution – but this is set to change was originally published on Horizon: the EU Research & Innovation magazine | European Commission.
share with Whatsapp
share with Telegram
Save on Delicious
Send by email
Share in Reddit

The latest from us

MeshMag is an independent magazine focusing on the latest news around the world with added analyses for people who like to think beyond the incidents. From the North Pole to the South, from the Far East to the extreme West, MeshMag gathers information for your reading pleasure, or for your research papers.

As we develop the site, expect to see more updates, items and features on our site.

Please contact us if you have any problems or questions about anything.